The World Health Organization (WHO) reports that headache-related disorders “are among the most common disorders of the nervous system,” with one out of two people reportedly experiencing some level of head pain within the previous 12months. However, regardless of the fact that headaches appear to occur with relatively high frequency in the population at large, WHO goes onto indicate that this particular cluster of conditions is“ underestimated, under-recognized and under-treated throughout the world. 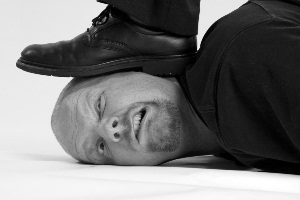 A2011 review of twenty-one different studies published in the Journal of Manipulative and Physiological Therapeutics concluded that chiropractic in general “improves migraine and cervicogenic headaches .” However, there have been additional studies done which outline the benefits of mechanical or instrument-aided adjustments specifically.
For instance,one case study, published in the Chiropractic Journal of Australia in June 2016, involved an 89-year-old male who struggled with tension headaches daily and migraine headaches on an occasional basis. Although both of these types of headaches began after sustaining an injury in World War II and were further compounded by traffic crashes he’d been in decades later, 12 weeks of chiropractic using the Activator Methods in conjunction with the Torque Release Technique resolved his headaches completely.

Both were treated with instruments (and manually) in addition to being provided information about how to improve their posture. After engaging in instrument-aided chiropractic , researchers reported that the participants experienced “ significant improvement in self-reported pain and disability” as well as improvements in spinal alignment.

This caused them to conclude that “low-force chiropractic adjusting techniques may be a preferred technique of choice in patients with tissue fragility, offering clinicians a viable alternative to traditional chiropractic care in attempting to minimize risks and side effects associated with spinal manipulation.”

In short, the use of instruments can help your patients ease if not entirely resolve the headaches that plague them. This is perhaps especially true when it comes to certain segments of the population.
If you are experiencing the debilitating problems that headaches can cause, please give us a call. You’ve got nothing to lose but your pain!